It’s been about 2 weeks since our little girl was born, and we are absolutely in love with her! She is such a fun presence to have in our life, and it feels wonderful to have a family of four! Today I thought I’d share my birth story and everything that happened on that wonderful day! I hope you enjoy!

A little back story before I start describing the induction day. My original due date was set to be on May 23rd, and my original induction date was scheduled for the 26th (if I didn’t go into labor on my own by my due date). Everything was looking good at my prenatal appointments, and Virginia was nice and healthy the whole pregnancy. Starting at 36 weeks when I was going to the doctor once a week, my doctor started to tell me that I was measuring really big. Like 2 weeks ahead of schedule. So I went in for an ultrasound and the tech told me that Virginia was measuring at 7lbs 12oz already! This was a huge surprise to me because my son was born at 41 weeks and he only weighed 7lbs 14oz at birth. I had no idea why Virginia was such a big baby! Another week passed and when I went in for my 37 week appointment, I was measuring 3 weeks ahead of schedule with no dilation. This concerned my doctor because that meant that if we waited until the 26th, the baby might be too big to push out, so we would have to do a C-section. We decided to move the induction date up a week just to be safe. Now I was going to be induced on May 19th, and I started counting down the days! On Thursday, May 19th, Kyle and I woke up around 5:30am to get ready to go to the hospital. We were tip toeing around our room getting everything ready for the car, and trying to not wake our little Everett up. The plan was for Everett to sleep while we left the house, and then have him wake up and be with Kyle’s Mom. Well, Everett was apparently just as excited as us, because he woke up right after we did! So we all hung out and ate breakfast together before we headed to the hospital, which was a lot of fun.

When we woke up, we also realized that it was pouring rain outside…which we were not prepared for. See, at the same time as preparing for a baby to come, we were also in the process of buying/moving into our new home. So most of our stuff was packed and in the new house (in Fort Worth), while we were still staying in Plano because it was nearest to the hospital. So all we had were our flip flops and summer clothes, and we were headed into a stormy, cold day. It was actually pretty funny to us, and we totally didn’t care because we were about to meet our daughter! So we set off through the rain storm to the hospital around 6:30am.

We arrived at Baylor Mckinney around 7am and headed to Labor and Delivery for my induction. We were taken to our room when we arrived, and I was given my hospital gown to change into. We had about 30 minutes of relaxing in our room before the process started, which was really nice. We were able to take some pictures, talk, laugh, and get ready for the arrival of baby #2. After the nurse came into the room and had me sign my life away, she gave me my IV, got my IV fluids running, and about an hour later, the pitocin started.

Since I was induced with Everett, I kind of knew what to expect when I received the pitocin. Contractions started out slow, and gradually picked up…but it was nothing I couldn’t handle. I was able to turn on the TV and watch Fixer Upper (my favorite show EVER!) and just relax while I breathed through minor contractions. After 3 hours of this, the nurse came into check to see how far I’d progressed, but to my dismay, I was still sitting at 3 cm dilation. She decided it was time to turn up the amount of Pitocin I was receiving, as well as have the doctor come in and break my water. We were also facing 2 problems with where the baby was. She was positioned extremely high still (meaning she hadn’t dropped yet) and it was difficult for anyone to check my cervix/reach the amniotic sack to break it. The second problem was that she was facing up (her face was in front vs where it should be-next to my spine). This could cause major problems when it was time to push, so if she didn’t flip or drop, I’d have to have a C-section. This made me extremely anxious because I DID NOT want a C-section. As the day progressed, the contractions got stronger, and I was ever so slowly dilating…but she wasn’t changing positions. At this point I was having to lay still on my back for the monitors to read her heart beat, and I was in a lot of pain from my contractions (I was literally squeezing the life out of my husband’s hands haha!). I decided to help me relax a bit, and hopefully let my body progress faster, I would get an epidural.

After the anesthesiologist came and gave me the epidural, I was able to relax a bit. I was still feeling contractions in part of my leg though, so after 45 minutes of that, he came back in and re-dosed me. The contraction pain finally went away and I was able to be at peace and let my body take a break. I did experience some shaking in my upper body, but I was told that was normal (even though it was extremely annoying!). I was still able to rest though and try and let my body do it’s thing. To also assist little miss Virginia flip around to the correct position, the nurse placed what she called “the peanut” between my legs, and she periodically turned me from side to side to try and flip the baby. The peanut was basically like an exercise ball in the shape of a peanut…and it was weird haha! After flipping me for a couple of hours, the nurse checked me again, and told me I was dilated to a 10! She also said that Virginia had flipped into position…yay! That was about 4pm when that happened, and she let me know to call her when I felt the need to push.

I was extremely nervous to push because Virginia was still sitting pretty high inside me. I would be pushing for quite some time if she didn’t start dropping. My anxiety was pretty high at this point because I knew that if she didn’t drop, I would be pushing for hours and could possibly be rushed into the OR for a C-section. All of this was so scary to me, so I asked my husband for a priesthood blessing, that I might be comforted as I waited for the pushing sensation.

After about an hour, I started to feel some contractions again…and I was a bit confused. I told the nurse that my epidural must be wearing off, and she told me that that was the baby descending into the birth canal! It was time to push! I was kind of shocked because I remember feeling totally different when I needed to push with Everett, but I trusted her and got ready to get the baby out….no matter how long it took! The nurse told me we were going to do some practice pushes to see where Virginia was in the birth canal, and so we could asses if it was safe to actually push her out. After this practice push, and then one more…the nurse told me to stop because I was about to push the baby completely out! Virginia had dropped in the last hour and was totally ready to come out. We waited for my doctor to get set up, and I pushed 2 more times before Virginia was born at 5:12pm. Virginia came out screaming at the top of her lungs and was a beautiful, bright red color. She wanted everyone to know that she was here and she was healthy! They immediately did skin to skin with me while Kyle cut the cord and we were able to cuddle for a whole hour before they weighed her. While she was laying on my chest, she decided to pee all over me which made me laugh a little bit. We were able to nurse a little bit and snuggle and just marvel at how beautiful she was! Once that hour was over, I was able to eat (finally!) and they weighed her in at 8lbs 12oz.

The hospital stay was a really nice one…the staff was amazing and so was the food. We had a great time getting to relax with our new baby, and have our oldest son come meet his little sister (although, he was more interested in all the buttons in the hospital room haha!). We were discharged to go home to our new house in Fort Worth 2 days after giving birth, and we’ve been a happy family of 4 ever since. We’ve had our share of sleepless nights, blow outs, and two year old tantrums, but we’ve also had an amazing time thus far watching Everett love Virginia as well as plenty of cuddles as we unpack in our new home. We love our little Virginia and we are excited to watch her grow up! This site uses Akismet to reduce spam. Learn how your comment data is processed.

Hey! It is nice to meet you! 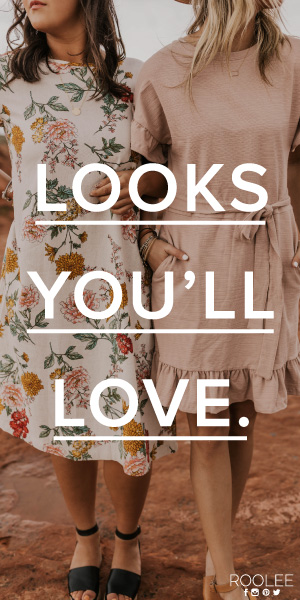 Shout out to my family. I love them more than I ca

My little lemons 🍋 Dresses by @ivycityco ! You

At first glance, this just looks like a normal fam

So, so obsessed with my swim dress from @thehoneym

30A is magical ☀️☀️ This is my new favorit

Life’s better at the beach 🏖 We are having

Doing an at home spa morning with some new product